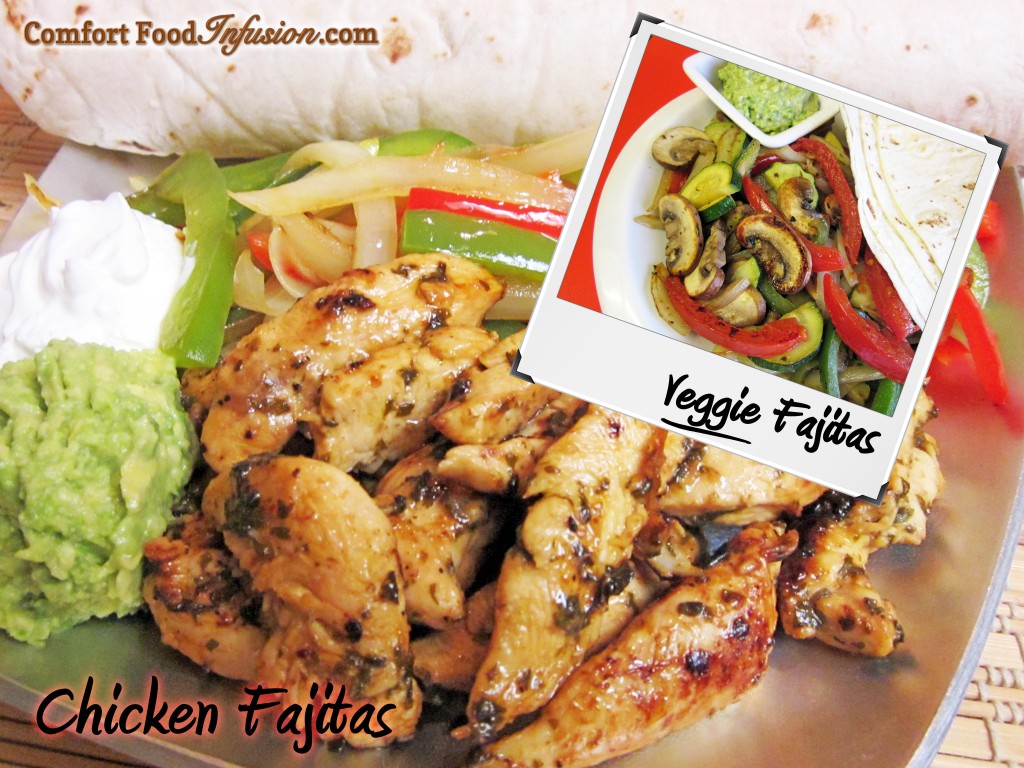 Versatile Fajita Marinade. Lime, cilantro and cumin give fantastic flavor to a variety of foods.

A Thirty Minute Meal (Food Network) inspired this recipe. It is very simple to make and so versatile. Such wonderful flavors come together in this marinade. It combines lime, honey (or agave), cilantro and cumin, to produce a mouthwatering flavor fit for many types of foods. I have used this marinade for chicken many times, but recently had the idea to venture out of the coop. There really is no limit to what you can use it with: steak, fish, vegetables, tofu, or whatever else can be grilled or stir fried. Though grilling is a popular way to prepare fajita fillings, I prefer stir-frying or sautéing. The recipe below has a chicken version and a veggie version.  Please keep in mind that honey is not vegan.  Use agave syrup as a substitute when preparing vegan. Recipe Below.↓

Marinate sliced chicken breast for about 20 minutes
before sautéing.↓ 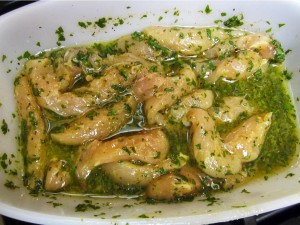 No need to marinate veggies. Pour marinade over and
sauté in fry pan.↓ 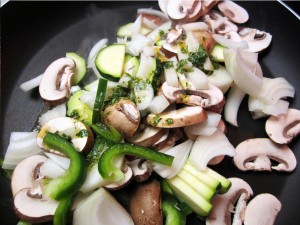 Sauté chicken over medium-high heat, until
medium golden brown on both sides.↓ 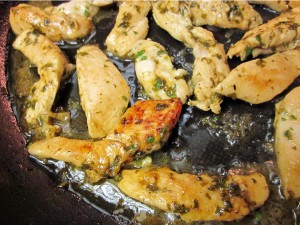 Ginger
Lime, cilantro and cumin are the star flavors of this versatile marinade. Use on chicken, steak, fish, vegetables, tofu and more.
Print Recipe

**Instead of slicing the chicken into strips, you can opt to leave the breasts whole (butterfly the chicken), marinate for about an hour, and grill the whole breast on a BBQ or indoor grill. Let chicken rest for 5 minutes after grilling (to seal the juices), and then slice the chicken just before serving.